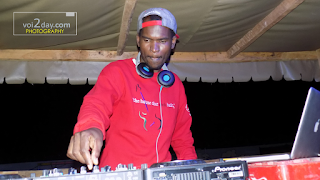 Indeed Talent pays!
DJ Lyta seemed to have confirmed the above phrase in his recently concluded tour/visit of Voi during the valentine period.
His first performance in TAITA TAVETA UNIVERSITY COLLEGE, on Friday night earned him over 20k courtesy of the Student Union- Entertainment Docket.  In the subsequent days, of the pre-valentine and valentine night performances it is believed that his performances pushed his figures to over Ksh. 100,000 courtesy of the ROSEWOOD HOTEL- His official venue of the Valentine party.
of course the DJ wasn’t spinning 24/7
Now let us do the simple Math!
If he took just roughly 2hours to spin in college on Friday and another 3hours to spin on SATO during the Pre-Valentine party at ROSEWOOD  and finally another 2hours or so on SUNDAY, isn’t that just about 8hrs of activity/spinning?
By 12pm, him and his Crew had left Voi Town for more business elsewhere,
so 8hours equals 100k.
I may just start thinking about shifting careers.
Below are photos of the guy in action. 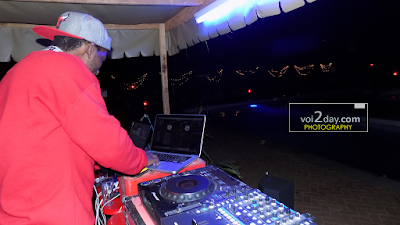