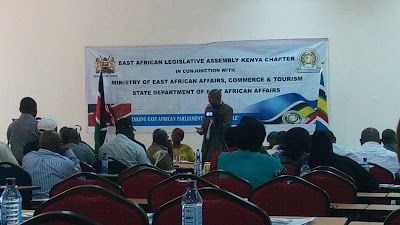 Just a day after the Kikao kikuu forum, the EAC officials had a Kenyan edition of EAC integration sensitization session.

is mainly about bringing the east African countries together in order to realize certain benefits such as common currency, Ease of travel across countries, Free trade barriers among others.  This was mainly a sensitization forum for the locals in Voi and TAITA TAVETA at large to understand how the EAC operates and what the body envisions

In the governorâ€™s address he recalled the long forgotten railway line from Mombasa that transcended the Taita Taveta County beyond the borders of Tanzania. The railway line used to be an important link for both countries, businesswise as well as through fostering cohesion. In his speech he also revealed that he had been in talks with the president of Kenya â€“H. E. Uhuru Kenyatta regarding the possibilities of its revival. 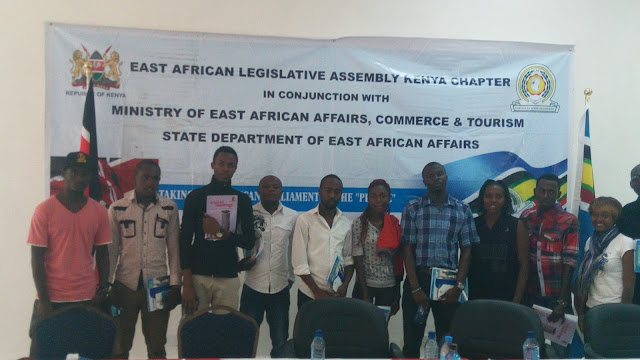 He emphasized that since TAITA TAVETA has the largest border zone with TANZANIA comparatively more than any other county along Kenyaâ€™s southern border, the county thus stood a chance to benefit more from the EAC integration.
H.E. the governor assured on behalf of the county a full corporation in ensuring this dream comes true.
Later on he promised more informative sensitization forums for the people of TAITA TAVETA COUNTY.

The guests were later treated to a four course meal courtesy of the Voi wildlife lodge. 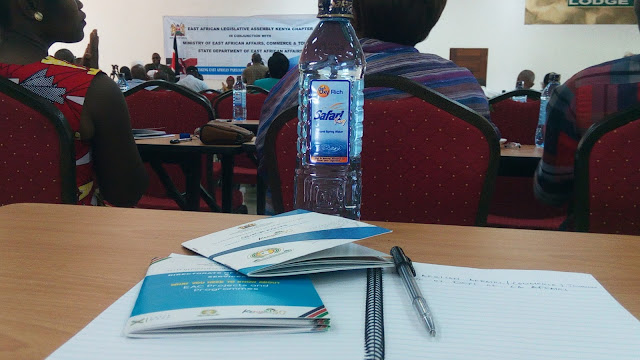 BIASHARA CENTER: The establishment and what it means to the county